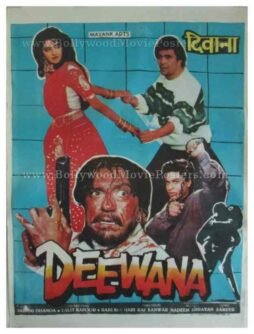 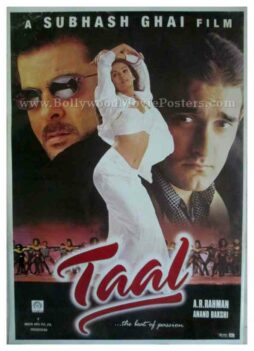 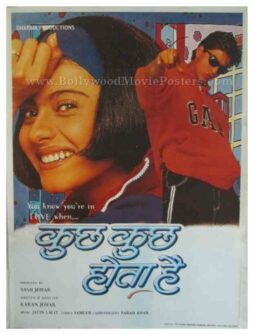 This is an actual surviving classic Bollywood film poster of the 1992 Hindi movie that featured the “King of Bollywood,” superstar Shahrukh Khan in his debut role opposite actress Divya Bharti.

Printed and circulated somewhere in the early 1990s, this Shahrukh Khan poster was originally designed for publicity of the film but never ended up being used.

Shahrukh Khan earned the Filmfare Best Male Debut Award for his performance in Deewana. The film bagged numerous awards for its music. Songs from the film such as “Koi Na Koi Chahiye” and “Sochenge Tumhe Pyar” are played till today.