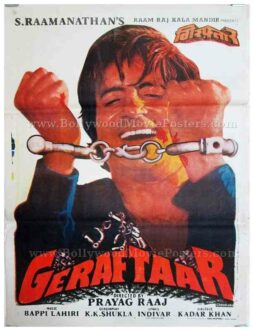 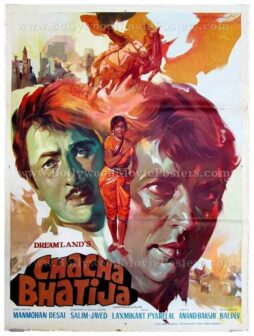 This is an actual surviving vintage poster of the 1985 film that featured the biggest superstar of Indian cinema, Amitabh Bachchan in the lead role. Printed and circulated somewhere during the release of the film, this vintage movie poster was originally designed for publicity of the film but never ended up being used.

This poster was originally designed by painting over a still photograph, making it very collectable.

The poster features a large cut out photograph of Amitabh Bachchan in handcuffs. Amitabh appears laughing in the poster and a pistol with handcuffs hanging over its barrel is seen as a logo on the bottom. The typography used in this poster is entirely in English, except for a translation of the title in Devanagari Hindi on the top.