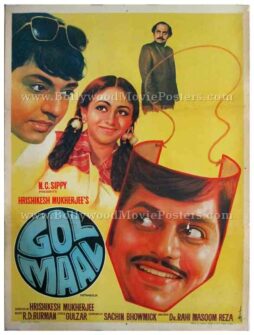 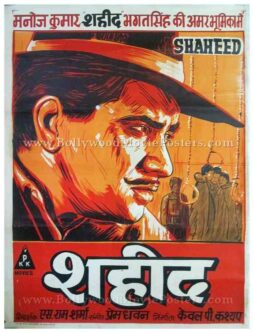 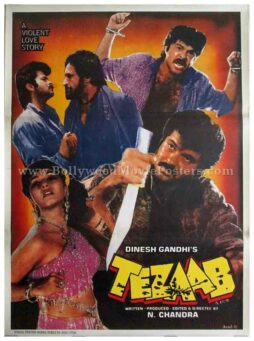 This is an actual surviving original first release movie poster of the 1979 Bollywood film that is unanimously considered to be the greatest comedy film ever made in Indian cinema.

Printed and circulated somewhere in the late 1970s during the original first release run of the film, this rare Bollywood poster was designed and printed for publicity of the film but never ended up being used.

This poster was originally designed on a hand painted canvas by Bollywood’s greatest movie poster designer, Diwakar Karkare. It bears Diwakar’s printed signature on the bottom right hand corner. Typical of Diwakar’s art style and fantastic realism, the poster features Amol Palekar in his original avatar (sans mustache) in a portrait on the top. Actress Bindiya Goswami is seen in a superbly hand painted avatar alongside. Interestingly, to signify the double role plot of the film, Amol Palekar’s face appears painted on a mask (with a mustache) at the bottom. A photographic still of Utpal Dutt is seen on the top of this Diwakar masterpiece.

This poster has been graded as ★ AI (As Is) due to a small missing piece as seen clearly in the photograph. Please study the accompanying image carefully before making a purchase.