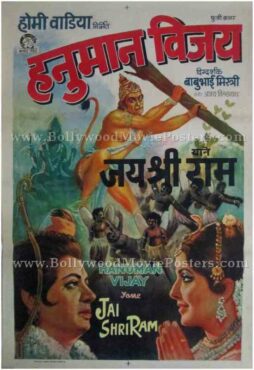 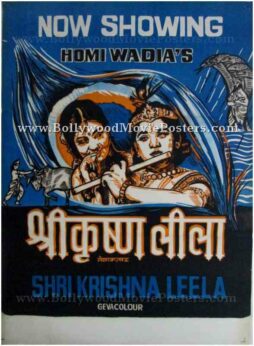 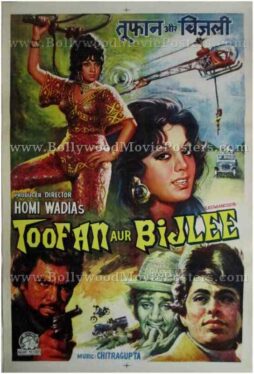 This is an actual surviving old Bollywood poster for sale of the 1974 Indian mythology film that was produced by Homi Wadia and directed by the pioneer of special effects in Indian cinema, Babubhai Mistry.

This Indian mythology poster was originally designed and printed for publicity of the first release of the film (somewhere in the early 1970s) but never ended up being used.

Hanuman Vijay was an Indian mythology film that chronicled the story of Lord Hanuman.