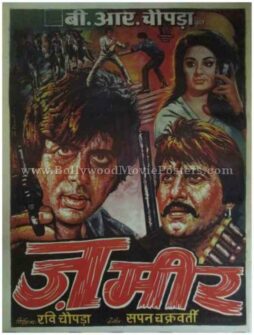 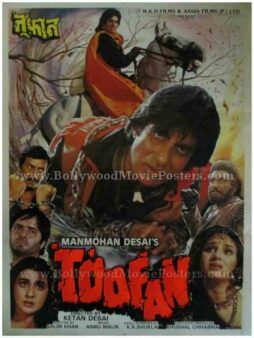 This is an actual surviving old Bollywood movie poster of the 1989 film that starred the biggest superstar of Indian cinema, Amitabh Bachchan in the lead role.

This old Amitabh movie poster was originally designed by creating a collage of key photographic stills on a board. The typography and background elements are hand painted.