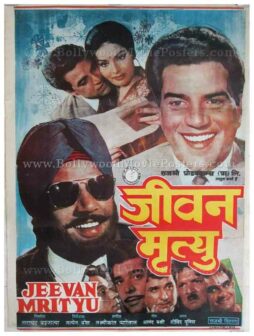 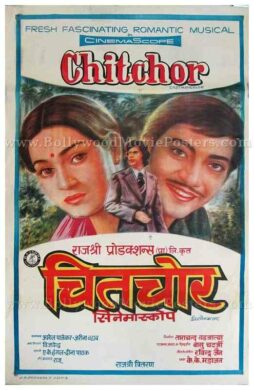 Jeevan Mrityu marked the Bollywood debut of Hindi film actress Raakhee. The film is also considered by many as Dharmendra’s finest acting performance ever in Indian cinema, making this poster highly collectible.

Printed and circulated a few years after the first release of the film (somewhere in the late 1970s), this old Bollywood poster was printed for publicity of the film in Kolkata but never ended up being used.

This quirky hand painted Bollywood poster features a stunning portrait of actor Dharmendra wearing aviator sunglasses and a turban. Lettering used in the poster is entirely in Bengali and this is one of the odd few movie posters designed in Bollywood in which nearly half the space is consumed by text instead of visual imagery.