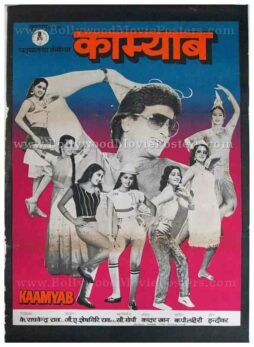 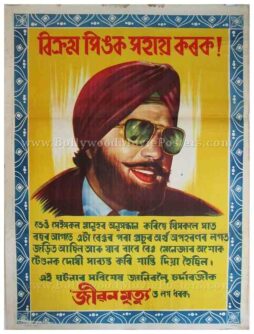 Jeevan Mrityu marked the Bollywood debut of Hindi film actress Raakhee. The film is also considered by many as Dharmendra's finest acting performance ever in Indian cinema, making this poster highly collectible.

This old Bollywood poster was originally designed by cutting out images of actors from separate still photographs (shot on set location) and pasting them on a board. The background and typography are hand drawn / hand painted, which makes this vintage movie poster an interesting mix of two very different design techniques.