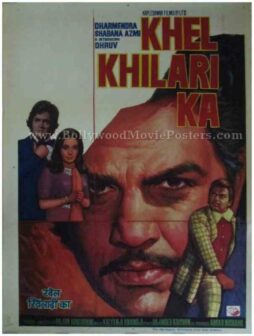 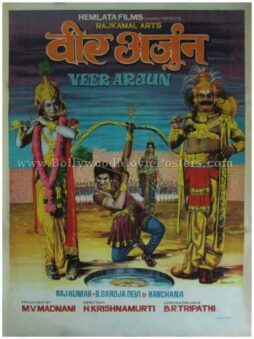 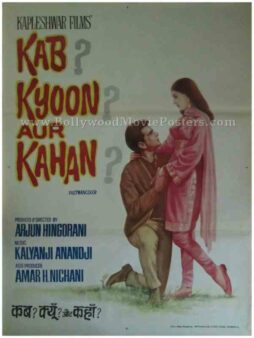 This is an actual surviving old Indian film poster of the 1977 Hindi film that featured the original He-Man of Bollywood, Dharmendra in the lead role.

Printed and circulated during the original first release of the film in the late 1970s, this vintage Indian poster for sale was printed for publicity of the film but never ended up being used.

This old Indian movie poster for sale was originally designed in hand painted oil on canvas format by a leading poster art studio in Bombay. A large hand painted close up portrait of Dharmendra is seen prominently on the poster. A cross hair is seen marking his face. One side of his head appears cut out. The top portion has been left blank in this interesting old school Bollywood poster design.

A smaller full figure of Dharmendra is seen hand painted on the bottom right corner of this old Indian poster. Brilliant hand painted figures of actress Shabana Azmi and debutant actor Dhruv are seen on the center left of this Indian movie poster for sale.