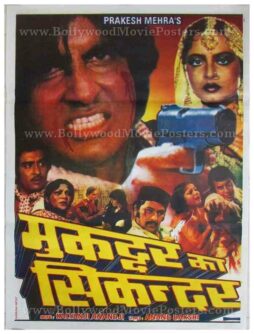 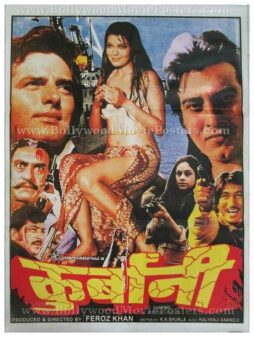 This is an actual publicity poster of the 1981 film that featured the greatest superstar of Indian cinema, Amitabh Bachchan in the lead role.

The film broke all time box office collection records for its time and was declared a “blockbuster.”