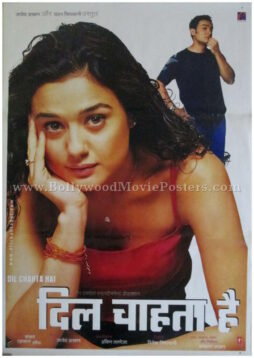 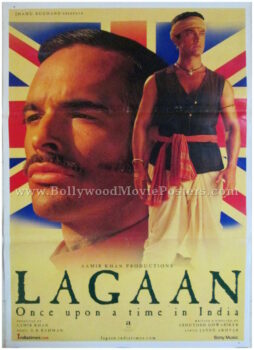 Key players comprising the cricket team led by captain Aamir Khan are seen prominently in this glossy Lagaan movie poster. The title on the top of the poster reads “Making History.” A line at the bottom “Once upon a time in India” gives away the period setting of the film.