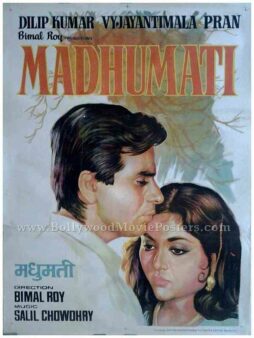 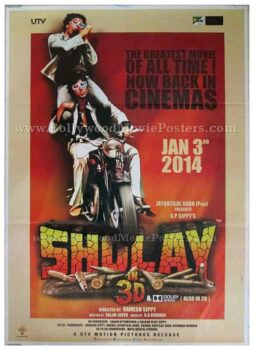 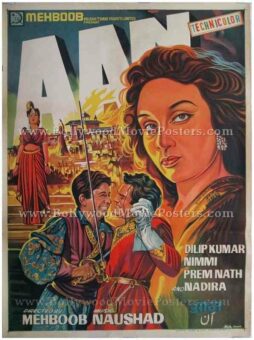 This is an actual surviving old Bollywood publicity poster of the 1958 Bimal Roy hit, which featured Dilip Kumar and Vyjayanthimala.

Printed and circulated during the first release of the film (somewhere in the late 1960s / early 1970s), this old hand painted Bollywood poster was originally designed for publicity of the film but never ended up being used.

The poster features a large hand painted side profile of the Tragedy King of Bollywood, Dilip Kumar. A stunning portrait of actress Vyjayanthimala appears alongside. The artist has used a very restrained, minimal approach during the design of this hand painted vintage poster.