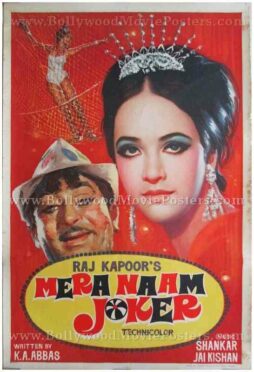 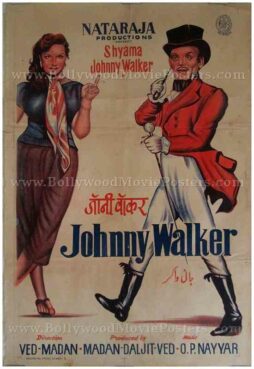 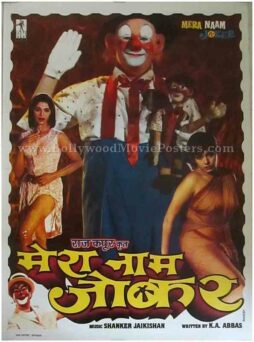 Printed and circulated somewhere during the first release of the film (Late 1960s), this Mera Naam Joker movie poster was originally designed for publicity of the film but never ended up being used.

This Bollywood poster was originally designed on a hand painted canvas, making it highly collectable. A stunning close up portrait of Raj Kapoor over painted with a knife to add a rugged texture is seen on the left of this Mera Naam Joker film poster. His love interest, Russian actress Kseniya Ryabinkina appears in a beautiful hand painted avatar alongside.