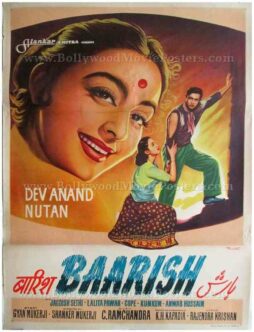 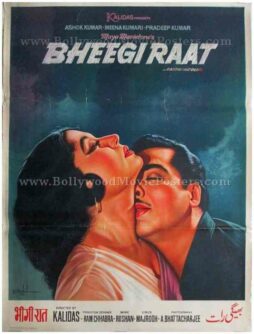 Printed and circulated several years after the first release of the film (Late 1980s), this Mera Naam Joker movie poster was originally designed for publicity of the film but never ended up being used.

This Raj Kapoor film poster was originally designed on a hand painted canvas by a small time art studio in Delhi, making it highly collectable. A quirky portrait of Raj Kapoor holding the iconic Mera Naam Joker doll is seen on the bottom center of this Mera Naam Joker film poster. Close up hand painted portraits of the film’s stellar star cast of supporting actors such as Simi Garewal, Manoj Kumar, Dharmendra, Kseniya Ryabinkina & Rajendra Kumar are seen painted all around this quirky Bollywood poster.