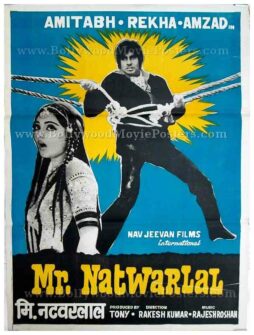 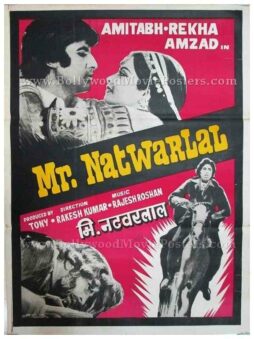 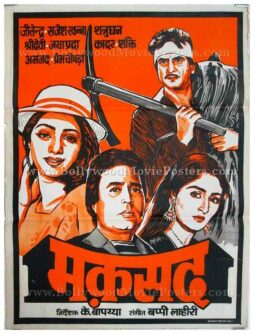 This is an actual surviving Bollywood pop art poster of the 1979 film that featured the biggest superstar of Indian cinema, Amitabh Bachchan in the lead role. Printed and circulated somewhere during the release of the film, this quirky vintage movie poster was originally designed for publicity of the film but never ended up being used.

The poster features a hand painted portrait of Amitabh Bachchan in the center in an action pose, along with a smiling Rekha on the side. The typography used in this poster is primarily English, with a translation of the title added in Devanagari Hindi at the bottom.