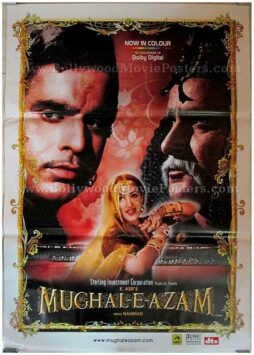 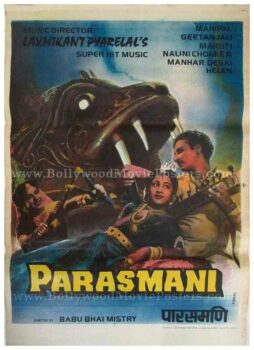 Printed and circulated in 2004, this glossy Mughal-e-Azam film poster was originally designed for publicity of the color re-release of the film but was never used.

Mughal-e-Azam is a 1960 Bollywood epic directed by K. Asif and produced by Shapoorji Pallonji. The film stars Prithviraj Kapoor, Dilip Kumar and Madhubala in lead roles.

The soundtrack of the film is credited as one of the best in the history Bollywood and continue to be played till today.