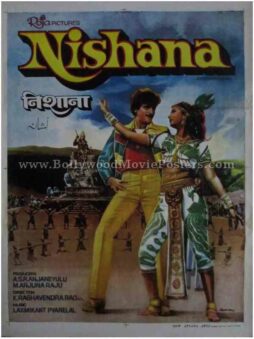 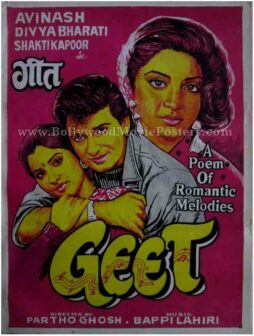 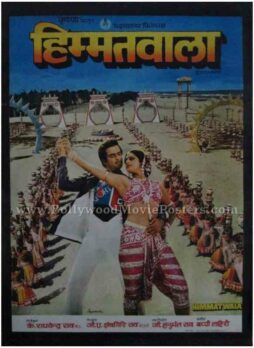 This is an actual surviving vintage Indian film poster for sale of the 1980 Bollywood movie that starred Jeetendra and Poonam Dhillon in lead roles.

Printed and circulated during the initial release run of the film (somewhere in the early 1980s), this vintage Hindi film poster was designed for publicity of the movie but never ended up being used.

Title of this vintage Bollywood poster is seen in a stunning yellow font set against a blue sky background on the top.