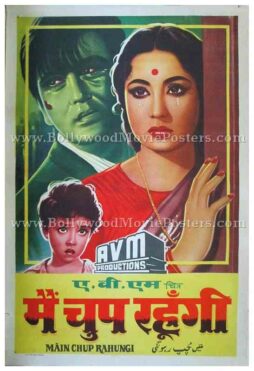 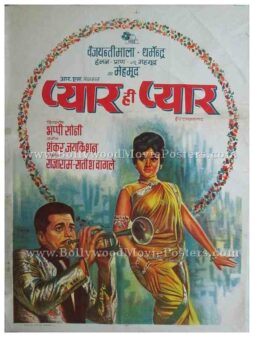 This is an actual surviving original vintage Bollywood movie poster of the 1970 Hindi film that featured Manoj Kumar (popularly referred to as “Bharat Kumar” for his patriotic roles) in the lead role opposite actress Babita.

The film was a hit at the box office and won several Filmfare Awards (mainly for its music), making this poster highly collectible!

Printed and circulated a few years after the first release run of the film (1970s), this old hand painted Bollywood movie poster was originally designed for publicity of the film but never ended up being used.