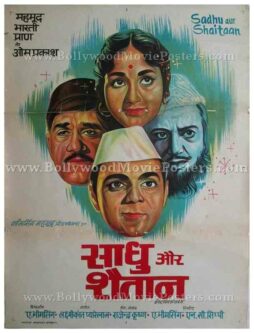 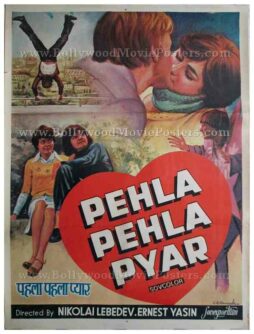 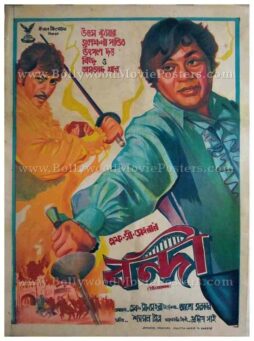 Printed and circulated during the original first release of the film (late 1960s), this hand painted Bollywood movie poster was originally designed for publicity of the film but never ended up being used.

This vintage Bollywood poster features stunning hand painted artwork and was designed originally on canvas. Brilliantly hand painted portraits of the four lead characters Mehmood, Om Prakash, Pran and Bharathi are seen conjoined at the center. This hand painted Bollywood movie poster is set against a simplistic white background with streaks of blue and green seen near the faces.