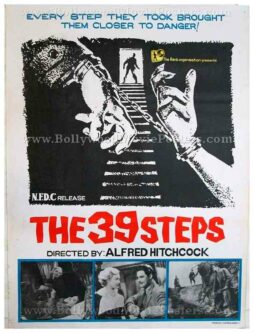 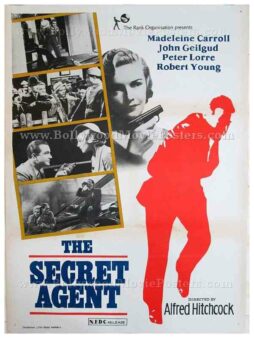 This is an actual surviving poster of The Lady Vanishes, which was released in India by the National Film Development Corporation of India (NFDC).

The Lady Vanishes is one of the best British thrillers ever made by the most influential filmmaker of all time, Alfred Hitchcock, making this poster highly collectible.

The Lady Vanishes is a 1938 hit British comic thriller directed by Alfred Hitchcock. The film is based on the 1936 novel, “The Wheel Spins” by Ethel Lina White.

As the title suggests, the film is about an English tourist who discovers that her elderly traveling companion seems to have disappeared from the train they are traveling on.