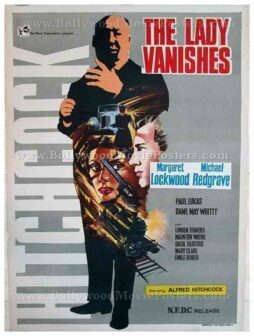 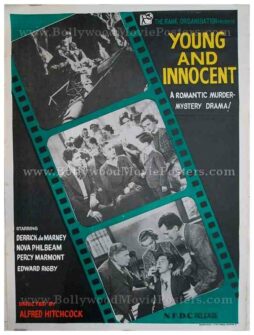 This is an actual surviving poster of Secret Agent, which was released in India by the National Film Development Corporation of India (NFDC).

This poster uses a photographic still cut paste technique in its design. On the right hand side, a running silhouette of a man appears printed in red. Four black and white still photographs of key scenes from the film are pasted on the left of the poster. The leading lady of the film is seen holding a gun on top of this original Alfred Hitchcock movie poster. The poster is set against a minimalistic blank background.

The plot of the film revolves around three British agents sent to assassinate a mysterious German spy during World War I.