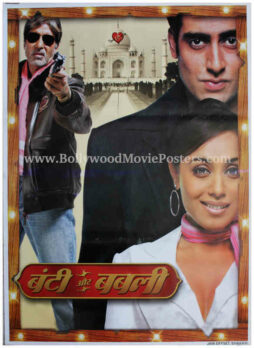 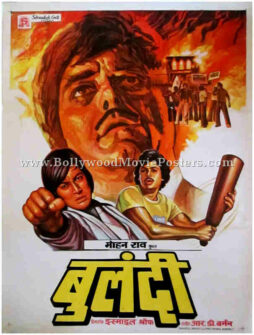 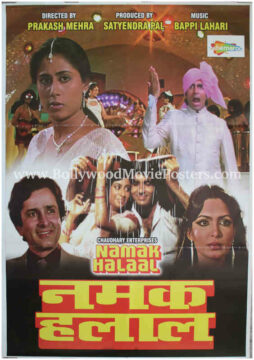 This is an actual surviving Amitabh Bachchan old movie poster of the 2005 Hindi film that was based along the lines of the great American classic, Bonnie and Clyde.

Printed and circulated during the first release run of the film (somewhere in 2005), this matt Amitabh Bachchan old movie poster was originally designed for publicity of the film but never ended up being used.

Superstar Amitabh Bachchan is seen pointing a gun on the left side of this Bunty Aur Babli movie poster. Abhishek Bachchan and Rani Mukerji are seen on the right. One of the seven wonders of the world, the Taj Mahal is seen in the background of this Amitabh Bachchan poster for sale.