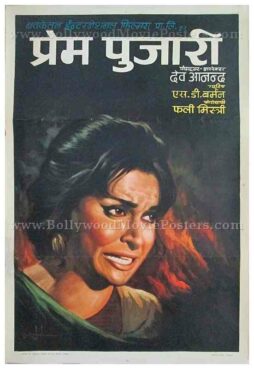 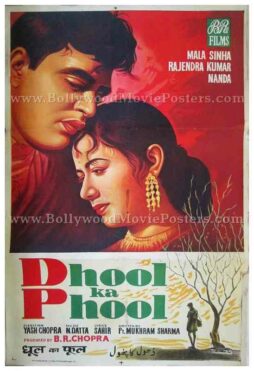 Old Bollywood movie poster of the blockbuster Hindi film, Daag: A Poem of Love (1973) for sale.

This is an actual surviving original vintage Bollywood movie poster of the 1973 Hindi film that was produced and directed by the “King of Bollywood Romance,” Yash Chopra.

Printed and circulated during the first release run of the film (early 1970s), this old hand painted Bollywood movie poster was originally designed for publicity of the film but never ended up being used.

This vintage Bollywood movie poster features stunning hand painted artwork created by one of the highest paid and most sought after Bollywood poster designers of his time, Diwakar Karkare of Studio Diwakar fame. A stunning hand painted portrait of actress Sharmila Tagore is seen prominently on the poster, with Rajesh Khanna in the background. A still photo of the lead couple in a romantic pose appears pasted at the bottom.