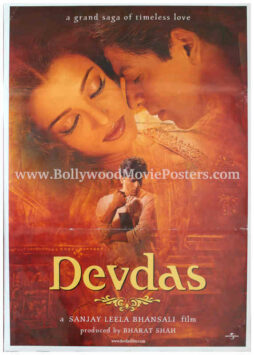 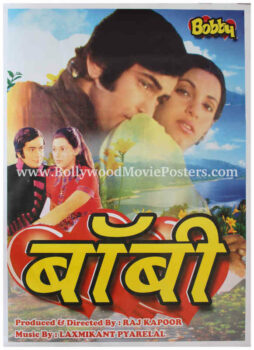 Time Magazine selected Devdas as the best movie released in 2002 (worldwide) and subsequently also included it in its prestigious top 10 movies of the millennium worldwide, making this Devdas 2002 movie poster highly collectible!

Printed and circulated during the first release of the film in 2002, this Shahrukh Khan movie poster was originally designed for publicity of the film but never ended up being used. Superstar Shahrukh Khan is seen holding a bottle of alcohol in his hand at the center of this SRK poster. A large close up of SRK and Aishwarya Rai in a passionate embrace is seen on the top of this Devdas poster image.