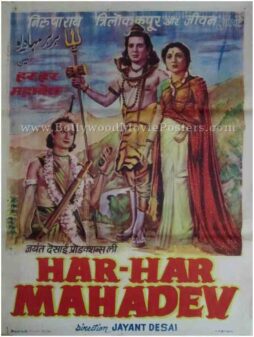 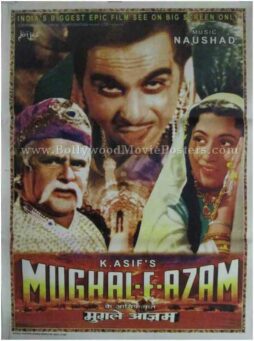 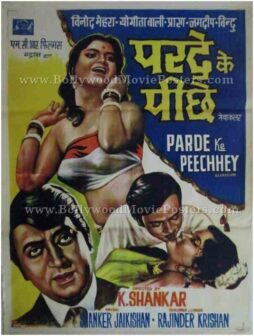 This is an actual surviving vintage Bollywood poster for sale of the 1950 Hindu mythology film that was directed by Jayant Desai starring Nirupa Roy, Trilok Kapoor, Jeevan and Durga Khote in prominent roles.

This poster was originally designed in hand painted oil on canvas format by Bollywood movie poster painter O.P. Bangali, and bears his printed signature on the bottom right hand corner.

Har Har Mahadev (1950) is a Hindu mythology film starring Trilok Kapoor in the lead role as Lord Shiva. The film is an adaptation of the story of Lord Shiva, which is also referred to as the ‘Shivpuran’.