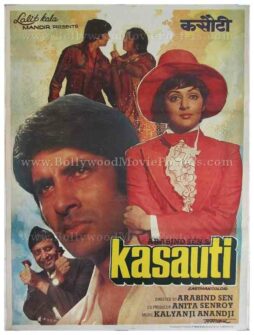 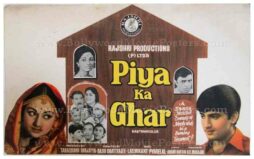 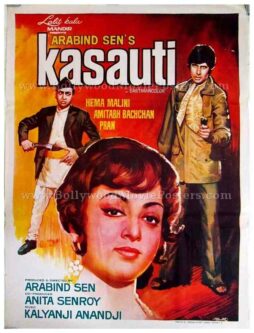 This is an actual surviving publicity poster of the 1974 Hindi film that featured the greatest superstar of Bollywood, Amitabh Bachchan in the lead role opposite Dreamgirl Hema Malini.

The vintage movie poster features a still photo of Dreamgirl Hema Malini wearing a suit and a hat. A large cut out face of Amitabh Bachchan appears alongside. Pran is also seen in a still photo paste at the bottom.