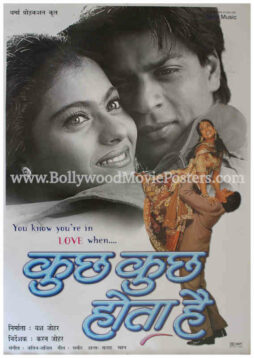 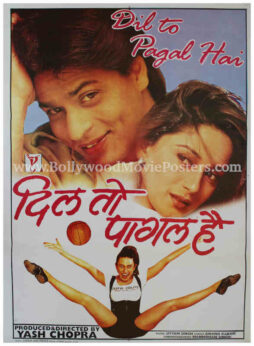 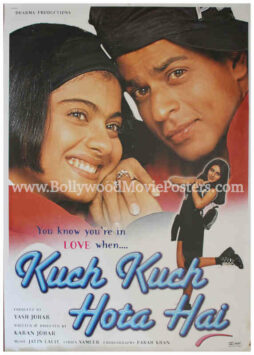 Printed and circulated during the first release of the film in the late 1990s, this glossy Kuch Kuch Hota Hai movie poster was originally designed for publicity of the film but never ended up being used.

A stunning black and white close up of superstar Shah Rukh Khan and Kajol is seen on the top of this KKHH poster. The couple are seen again in a smaller photographic still in color at the bottom.  The typography used in the poster is completely in Devanagari Hindi except for a line in English that reads, “You know you’re in LOVE when …”