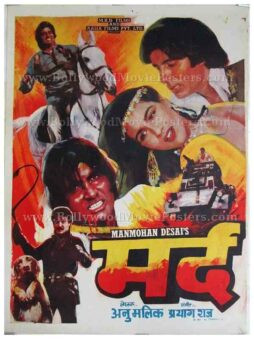 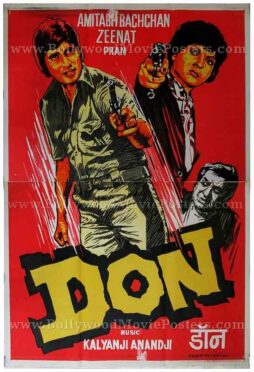 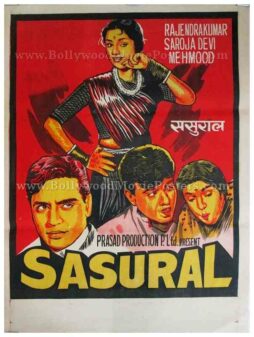 This is an actual surviving old Bollywood movie poster of the 1985 classic, which featured the greatest superstar of Indian cinema, Amitabh Bachchan in the title role.

Printed and circulated a few years after the first release of the film (somewhere in the late 1980s), this old Bollywood movie poster was designed for publicity of the film but never ended up being used.

This old handmade Bollywood poster features multiple photo stills of superstar Amitabh Bachchan in various action as well as romantic poses, over-painted with a brush to give the poster a hand painted effect. Amitabh Bachchan's two animal friends from the movie, Wonder Dog Moti as well as the intelligent horse are seen in the poster.