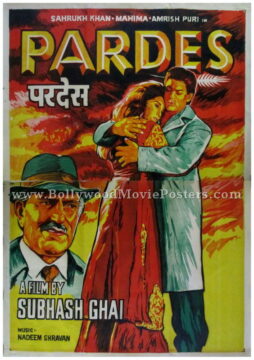 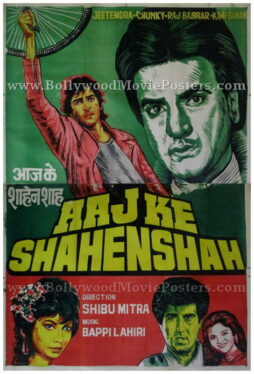 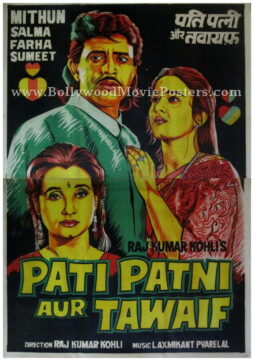 Printed and circulated during the initial run of the film (late 1990s), this rare hand painted Bollywood poster was designed and printed for publicity of the film but never ended up being used.

Pardes is widely regarded as one of the first major Bollywood movies to have a successful run in the United States, making this Shahrukh Khan poster highly collectible!

Originally designed in hand painted oil on canvas format by an art studio in Kolkata, this vintage Bollywood film poster features quirky hand drawn renditions of the lead characters of the film.

This Pardes movie poster features lead couple Shahrukh Khan and Mahima Chaudary in a passionate embrace. Amrish Puri is seen in a quirky hand drawn rendition at the bottom. The use of bright yellow and red colors in the background gives this hand drawn Bollywood poster a stunning appearance.

This hand drawn Bollywood poster is a two sheeter. Two sheet posters comprise two separate individual single sheet posters measuring approximately 40″x30″ inches each. When pasted together they line up perfectly and together form one single two sheet poster. In the image provided, there may be a slight gap visible between the two – as the images of the top and bottom half have been photographed individually and then joined together digitally. When framed or pasted, there will be no gap visible between the two sheets and the appearance of the poster would be seamless – i.e. just like a single sheet poster.