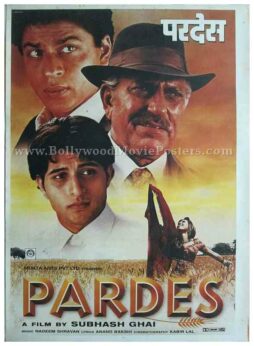 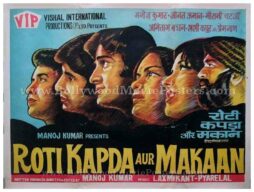 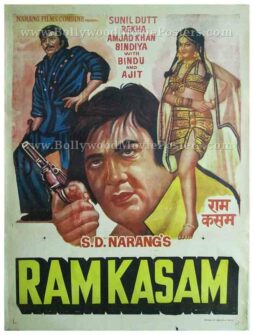 This is an actual surviving Shahrukh Khan poster of the hit musical film Pardes directed by Subhash Ghai.

Pardes is widely regarded as one of the first major Bollywood movies to have a successful run in the United States, making this Shahrukh Khan poster, highly collectible!

Printed and circulated a few years after the first release of the film (late 1990s), this Shahrukh Khan poster was originally designed for publicity of the film but never ended up being used.

This Pardes movie poster features the lead male characters of the film, Shahrukh Khan, Amrish Puri and Apurva Agnihotri prominently on the top. Newcomer Mahima Chaudary is seen in a smaller photographic still at the bottom.