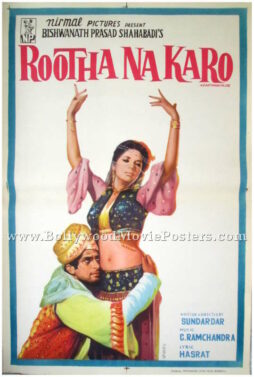 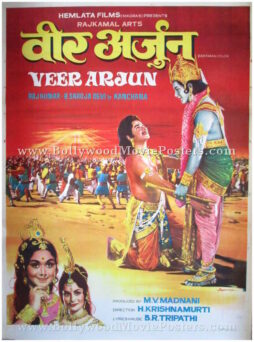 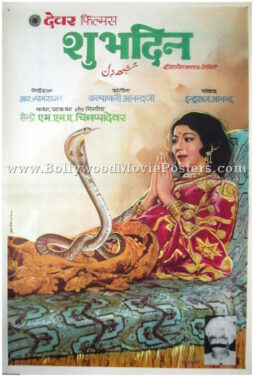 This is an actual surviving old Bollywood poster for sale of the 1970 Hindi film that starred Shashi Kapoor and Nanda in lead roles.

Printed and circulated during the original first release of the film (somewhere in 1970), this vintage Bollywood poster was printed for publicity of the film but never ended up being used.

Rootha Na Karo was a romantic thriller that featured the most handsome actor in Bollywood, Shashi Kapoor as the lead protagonist.

This old Bollywood poster was originally designed in hand painted oil on canvas format by one of the most sought after Bollywood poster artists of his time, C. Mohan, making it highly collectible.

Artist C. Mohan’s original signature appears on the bottom right of the poster.