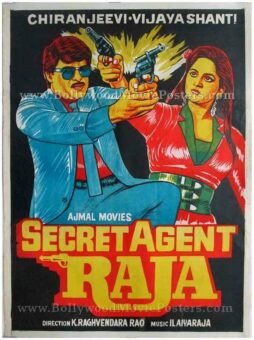 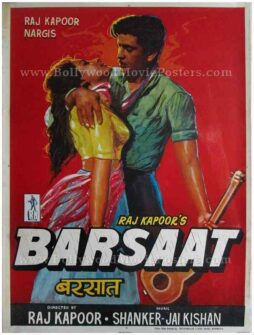 This is an actual surviving original publicity poster of the 1988 film directed by Mira Nair that showcased the hard hitting reality of homeless children living on the streets of Mumbai.

Printed and circulated somewhere during the early release of the film (Late 1980s / Early 1990s), this old Bollywood movie poster was originally designed for publicity of the film but never ended up being used.

This photographic Bollywood poster features a large close up photograph of Nana Patekar on the left. The young prostitute who is forced into the flesh trade, “Sola Saal (Sixteen year old)” is seen at the bottom of this old Bollywood poster.

Most of the young actors who appeared in Salaam Bombay! were actual street children. To prepare them for the film, they received special training in drama at a workshop in Bombay. Salaam Bombay! was nominated for the Academy Award for Best Foreign Language Film and finds mention in the list of “The Best 1,000 Movies Ever Made” compiled by the New York Times.