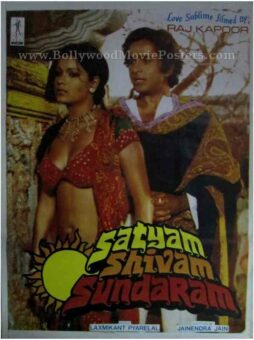 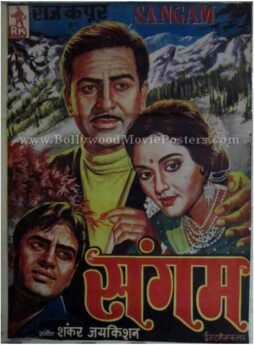 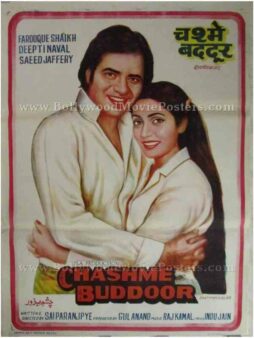 The two lead actors Shashi Kapoor & Zeenat Aman are seen in a photographic still taken from a key scene in the film. Brilliant typography is seen in the logo of this Satyam Shivam Sundaram poster.

The message, “Love sublime filmed by Raj Kapoor” is seen on the top right hand corner of this Satyam Shivam Sundaram poster.