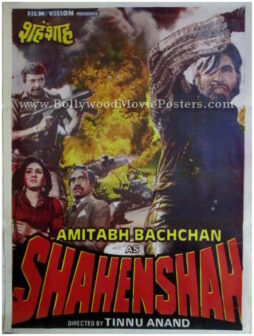 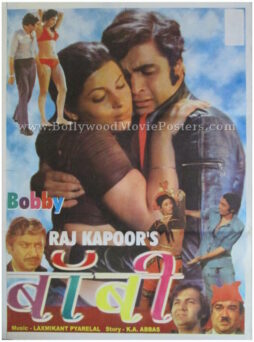 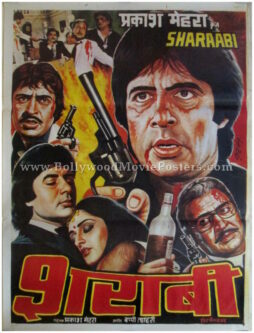 Printed and circulated a few years after the first release of the film (somewhere in the 1990s), this old Shahenshah movie poster was originally designed for publicity of the film but never ended up being used.

The greatest superstar of Indian cinema, Amitabh Bachchan is seen in his iconic superhero avatar prominently on one side of this Shahenshah poster. Smaller photographic stills of Meenakshi Seshadri, Amrish Puri and Pran are also seen in this old Shahenshah movie poster.