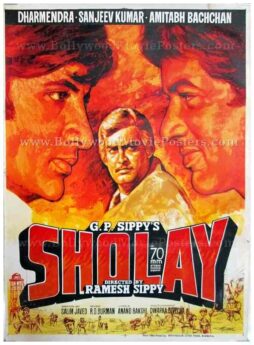 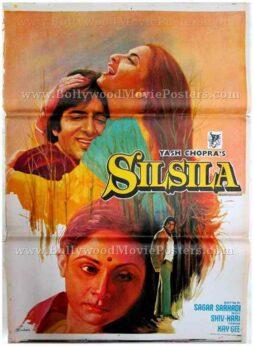 This is an actual surviving poster of the Jaipur release of Shree 420 (translated as Mr. 420 and sometimes also spelled as Shri 420). Shree 420 is a 1955 Bollywood classic directed and produced by Raj Kapoor, featuring him in a leading role opposite Nargis.

Printed and circulated somewhere in the 1960s/1970s, this vintage movie poster was originally designed for publicity of the re-release of the film but never ended up being used.