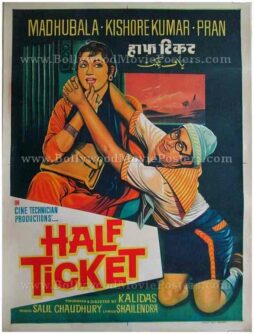 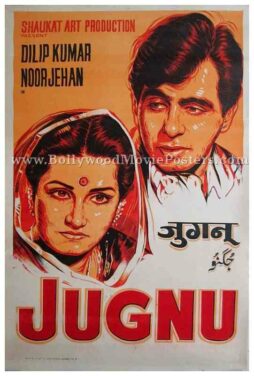 This is an actual surviving old Amitabh movie poster of the 1973 film that featured the greatest superstar of Indian cinema in the lead role.

Zanjeer is considered a pioneering film that represents a paradigm shift in the history of Indian cinema. It was responsible for breaking the consistent trend of romantic films in the 1970s and for steering Indian cinema towards the action genre. The film pioneered superstar Amitabh Bachchan’s new image as “The Angry Young Man” of Bollywood. The film also ended the hugely successful era of superstar Rajesh Khanna (who delivered back to back hits for several years) and paved the way for superstar Amitabh Bachchan to dominate the box office for years to come.

Printed and circulated somewhere during the original first release run of the film (somewhere in the mid 1970s), this Amitabh Bachchan old movie poster was originally designed for publicity of the film but never ended up being used.

Although the poster is in excellent display condition, it has been graded as ★★ Restored for Display due to the taping applied on the reverse (as shown in the second photograph). Even after restoration, the paper has creased to a fair extent causing minor folds. Although these imperfections do not majorly affect the display value of the poster, please study the images carefully before placing an order.

Zanjeer was a super hit at the box office and is regarded as an important film in the history of Indian Cinema. The film’s cult success inspired a remake with the same name. Released in 2013, it starred Ram Charan and Priyanka Chopra.