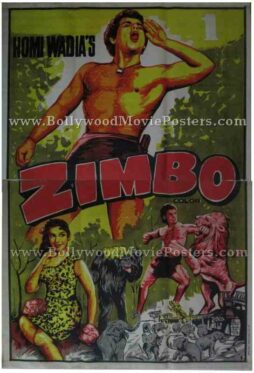 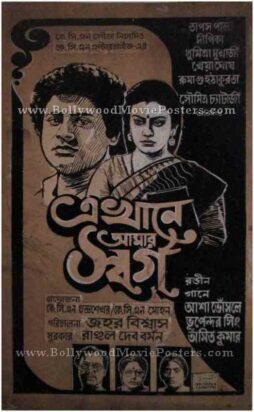 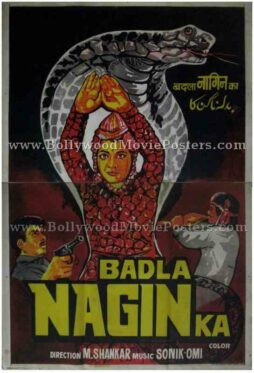 This is an actual surviving old Indian movie poster for sale of the 1958 Hindi film that was styled along the lines of Tarzan of the Apes. Noted film director Homi Wadia modeled his character “Zimbo” along the lines of the popular icon Tarzan, adding an “Indianized taste” to the adventure film.

Printed and circulated subsequent to the first release run of the film (somewhere in the 1970s), this very rare old Indian movie poster was designed and printed for publicity of the film but never ended up being used.

Originally designed in hand painted oil on canvas format by an art studio in Kolkata, this old Indian movie poster for sale features quirky hand drawn renditions of the lead characters of the film. The choice of colors, in particular yellow and red give the poster a stunning eye catching appearance. Lead actor Azad is seen battling a lion (taken from a key scene in the film) at the bottom of this vintage Indian poster. Pedro the chimpanzee (also referred to as the Ape Bomb) is seen in a smaller rendition at the bottom.