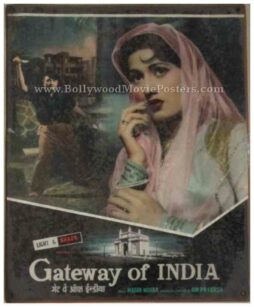 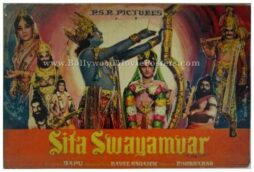 This is an actual surviving vintage Bollywood showcard of the 1976 mythological Hindi film which featured Ravi Kumar and Jayapradha in lead roles.