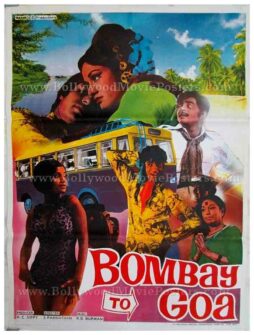 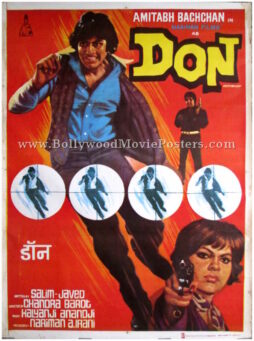 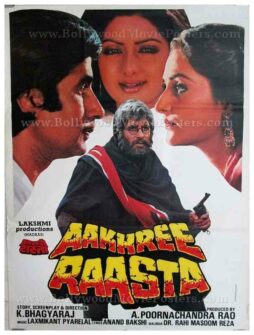 This is an actual surviving vintage poster of the 1972 comedy film that featured the biggest superstar of Indian cinema, Amitabh Bachchan in the lead role.

Printed and circulated several years after the release of the film, this vintage movie poster was originally designed for publicity of the film but never ended up being used.

In the poster, Amitabh Bachchan is seen in a romantic pose with actress Aruna Irani on the top and as a dancing figure at the center of the poster. A photograph of Shatrughan Sinha is shown on the top right, while Aruna Irani is shown wearing a bikini on the bottom left. One of the greatest comedians of Bollywood, Mehmood is shown on the bottom along with actress Lalita Pawar. The typography used in this poster is entirely in English. The bus coupled with the photographic beach landscape as well as the milestone styled typography on the film’s title are indicative of the journey that the plot revolves around.