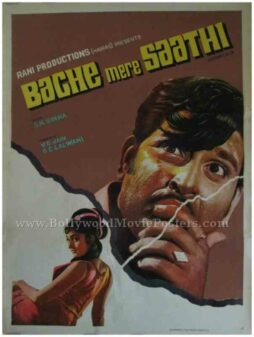 This is an actual surviving classic Bollywood movie poster of the 2001 romantic comedy that starred Aamir Khan, Saif Ali Khan and Akshaye Khanna in lead roles.

Dil Chahta Hai was the first film written and directed by Farhan Akhtar. In 2001, the film won National Film Award for Best Feature Film in Hindi and has attained cult status over the years, making this poster highly collectible!