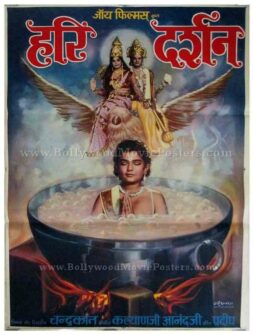 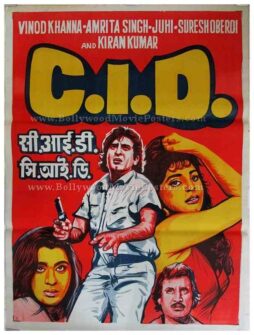 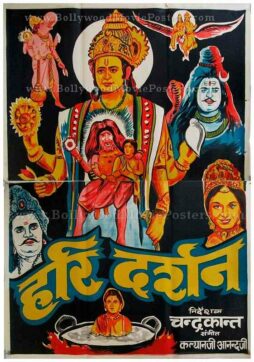 This is an actual surviving publicity poster of the 1972 mythological Hindi film that featured award winning wrestler turned Bollywood actor, Dara Singh in the lead role.

Devotee Prahlad is seen in the poster in a pot of boiling oil subject to an attempted assassination by his father Hiranyakasipu. Lord Vishnu, his savior is seen in the background on the top.