View cart “Lagaan” has been added to your cart.
Checkout View Cart 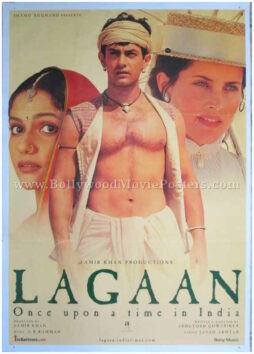 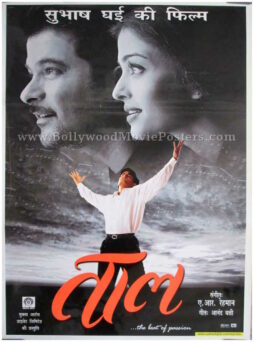 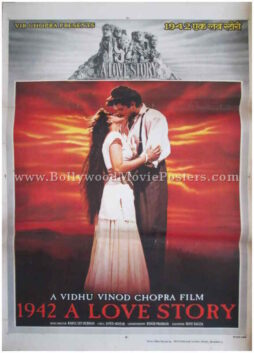 Printed and circulated somewhere during the original first release run of the film in 2001, this Bollywood poster was printed for publicity of the film but never ended up being used.

Superstar Aamir Khan is seen prominently at the center of this glossy Lagaan poster. He is flanked by Gracy Singh on one side and British actress Rachel Shelley on the other. The subtitle of the film is seen at the bottom of this Bollywood movie poster with the words, “Once upon a time in India,” giving away the period setting of the film.

The highly acclaimed soundtrack of Lagaan was composed by A.R. Rahman with lyrics by Javed Akhtar. Held as one of A.R. Rahman's finest compositions, the soundtrack became a rage throughout the nation upon its release. Songs like “Mitwa” and “Chale Chalo” are fondly remembered and played till today.