View cart “Mard” has been added to your cart.
Checkout View Cart 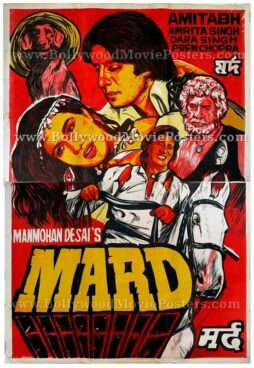 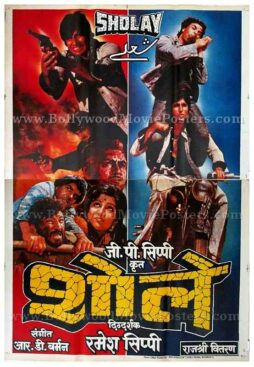 This is an actual surviving two sheet old movie poster of the 1985 classic, which featured the greatest superstar of Indian cinema, Amitabh Bachchan in the title role.

Printed and circulated several years after the first release of the film (somewhere in the early 1990s), this vintage two sheet Bollywood poster was designed for publicity of the film but never ended up being used.

This large poster was originally designed on a hand painted canvas by a small time art studio in Kolkata, further increasing its collectible as well as quirk quotient.

In this old hand drawn Bollywood poster, superstar Amitabh Bachchan is seen in two different quirky avatars – one riding a horse and the other romancing his love interest in the film, Amrita Singh. His two animal friends from the movie, Wonder Dog Moti as well as the intelligent horse are seen in quirky hand drawn avatars on the top and bottom of the poster respectively. The hand drawn poster is set against a bright red background and the title of the film appears on the bottom in bright yellow.