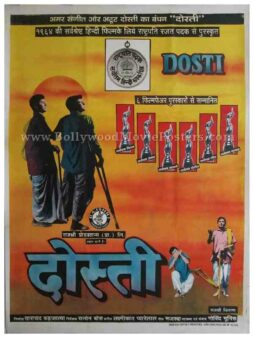 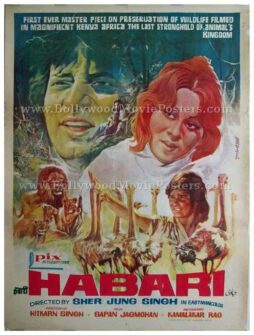 This is an actual surviving vintage Bollywood poster of the 1970 Hindi film that starred Parikshat Sahni, Sharada, Aruna Irani, Mukri and Mehmood.

Printed and circulated during the original first release of the film in the late 1960s or early 1970s, this old Bollywood poster was printed for publicity of the film but never ended up being used.

This vintage Indian film poster features a stunning photograph of the lead actress prominently in the center. Actors Parikshat Sahni and Mehmood are seen in smaller black and white photographic stills at the bottom.