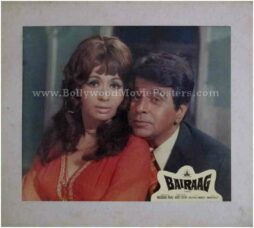 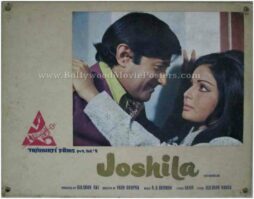 Vintage old black and white still photograph of one of the greatest Bollywood movies ever made, Deewaar (1975) for sale.

This is an actual surviving old Bollywood movie still photograph of the 1975 action Hindi film that featured the biggest superstar of Indian cinema, Amitabh Bachchan in the lead role. Deewaar (sometimes also spelled as Deewar) is considered one of the most iconic movies ever made in Indian cinema and finds mention among the cult films of Bollywood.

Printed during the first release of Deewaar (somewhere in the mid 1970s), this black and white old Bollywood still photograph was intended to be mounted and used as lobby card display during the screening of the film but never ended up being used.

This black and white old Bollywood still photograph captures actor Shashi Kapoor taking aim with his police pistol. The still is taken from an iconic scene in the film Deewaar.